We received the sad news of the passing of David J. Davis, JRCS #1.  David passed away on Wednesday, November 2, 2011.  Below you can read contributions by a few members of the numismatic community who offer information and remembrances about David:

David retired from Ford Motor Company. He was an engineer there for 33 years. Following retirement, when he wasn't spending time on his numerous collections, he designed and built his uniquely beautiful, peaceful, energy efficient home on Pleasant Lake, Manchester, MI.

David interrupted his first job as draftsman at Owens Corning to spend four years in the Navy, mostly aboard the USS Independence during the Bay of Pigs invasion. He returned to Dearborn after the Navy, and stayed there until moving to Ford.

After his family, David's real passion was his collections starting with slide photos of covered bridges across America, but quickly moving to rare coins and paper money issued by the first 200 US banks.. David and fellow collectors authored a book on dimes. He also collected antique maps, clocks, miniature globes, cast iron banks, books on counterfeiting, knives, post cards of Michigan depots and more.

Before his illness, David was the self-appointed ambassador for Pleasant Lake, walking its four mile perimeter daily on litter patrol, visiting with neighbors.

On November 2, the numismatic community lost a highly respected member - David Davis.    I started corresponding with David more than 15 years ago when he resided in Ypsilanti, Michigan.    When I was introduced to David as a collector of counterfeit detectors, I quickly realized his breadth of interests and depth of knowledge to include bust coinage, national bank notes, and Michigan tokens, among many other areas.    The Davis - Logan - Lovejoy - McCloskey - Subjack work titled "Early United States Dimes, 1796-1837:  a Reference Book of Their Type, Varieties and Rarity," (1984) set a new standard for subsequent bust coinage research.  The quality of the work stands on its own merit as, 27 years later, no title has superseded this work.  Only a single new capped bust dime variety has been discovered since the book was published.    He made numerous contributions to the John Reich Collectors Society including holding the position of past president.

I met David in Cincinnati in early 2011 at which time he was doing quite well with cancer therapy - even plowing his own snow in the harsh Michigan winter.  Last week, I was fortunate to meet David again at his home on the lake in Manchester, Michigan.  Although he was clearly in immense discomfort, his mind was as sharp as an arrow and he shared with me many stories from his collecting days.    I also learned a new term:  FROG - Finished Room Over Garage.  When David constructed his new home on the lake in Manchester, he built the FROG as his "collecting cave."    The room, fittingly painted green, must have a massive support structure as it was full of banker book cases, research material, and many modern heavy coated paper auction catalogs.    Yet, there was zero settling in the floor !!!  He will be sadly missed and fondly remembered.

On Wednesday morning around ten AM, David J. Davis died. It was fast and painless. He had slipped into a coma about eight hours earlier.

Collector, researcher, author, and friend. Up until this past summer, the only president JRCS has had.

I remember well the morning three years ago when he appeared at my door having just come from the doctor and told me that he had a large mass in his chest that wasn't there six months earlier. I would have never thought I would have three years more years of sharing coin shows and research with him. I am happy for those years - but still very sad at his passing.

His memorial service is planned for this Sunday. He'll be missed.

From Stephen A. Crain:

It is with great sadness that I note the passing of fellow JRCS member David Davis on Wednesday, November 2. David was a charter member of the JRCS, and its first and only president, from its inception in 1985 until this past August, when he stepped down due to his declining health. David was also the editor of the John Reich Journal from 1985 until 1992, and a co-author of "Early United States Dimes 1796-1837". David fought a valiant battle with his illness, and appeared quite healthy and vigorous at the summer ANA in Boston last summer.

Although I have known David for a quarter century, I only came to know him well in recent years. He always had time to share stories with me during our annual visits at the ANA, and JRCS annual meetings. When the Logan/McCloskey half dime reference was being written and researched, David volunteered to retrace the 1883 research of Harold P. Newlin ("A Classification of the Early Half Dimes of the United States"), researching the auction appearances of the 1802 half dime. Newlin accounted for sixteen confirmed examples in 1883, and it was widely believed that the number had increased to approximately twice that figure by 1998, when the half dime reference was written. I spoke with David after his research had been completed, but before the half dime book was published, and asked him how many 1802 half dimes had been accounted for. I will never forget his fascinating response, when he replied, "Do you mean real ones?" He told of being the bearer of bad news when he identified that the 1802 half dimes in the collections of two of the country's leading numismatic organizations were deemed to be counterfeit, and he was simultaneously deemed persona non grata in those institutions.

David called me about a year ago, to let me know that he was weeding out some of his numismatically related items, and wondered if I might be interested in owning one particular item. He went on to describe this item, and with every word my interest was piqued. He described a tiny round 'pill box', expertly crafted with a Capped Bust Half Dime in the top, and another in the bottom of the box. He had acquired this item more than thirty years ago, from Stewart Witham, and it was a prized treasure in his collection. Apparently, David's good friend Russ Logan had seen the pill box, and constantly hounded him to acquire it. David had no interest in selling the pill box, but assured Russ that whenever he did decide to sell it, Russ would be the new owner. Sadly, Russ was never to make such an acquisition, as he was taken from us much too early. When David finally did decide to sell the pill box, he thought of me, and I have always been humbled and honored by his act of kindness.

David will likely always be remembered for his leadership in the JRCS, for his remarkable research in the co-authorship of the Bust dime book, and for the comprehensive collections of Bust coins that he assembled over many years. But to many of us, David will also be remembered as a mentor and friend, who always had an interesting anecdote to share with his fellow collectors. He will be sadly missed. RIP, my friend.

The pictures below came from the Nie Family Funeral Home's website: 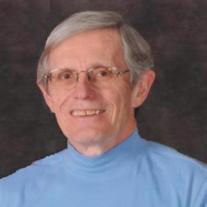 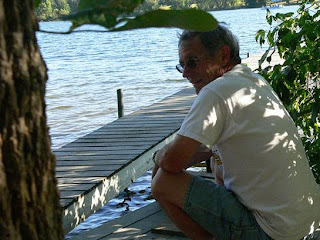 Posted by Editor, JR Newsletter at 8:05 AM No comments: