We have another excellent issue of the JR Newsletter.  Steve Crain starts us off.

Your Half dime census information is now being solicited for inclusion in the July pre-ANA issue of the John Reich Journal.

Please email your complete inventory listing (including all duplicates and die states) of all your 1792, Draped Bust, Flowing Hair and Capped Bust half dimes to:

Please include all of your cud examples as well, as we are responding to collector demand to include this information.

Please respond before May 15, 2015 to ensure inclusion of your collection in this census. This is a hard cut-off date – no exceptions.  The completed census must appear in the pre-ANA John Reich Journal.
------

In case anyone asks more about the "Mohawk Valley Hoard", a good number of the coins were sold in the Coin Galleries auction sale of 3/11/2009.

Treasurer of the Mint Receipts For Copper Coins
By David Finkelstein

Audit trails of the silver and gold coins that were transferred from the custody of the Chief Coiner to the custody of the Treasurer of the Mint were logged in three Mint ledgers;  the Waste Book, the Bullion Journal, and the Gold Account Book.  Although the Silver Account Book has never been located within the Mint holdings at the National Archives and Records Administration, researchers have assumed that this 4th ledger existed and contained audit trails of the silver coin deliveries.

Copper delivery warrants were issued, as required, by the Director of the Mint.  Beginning in 1796, each warrant was logged in the Waste Book, Bullion Journal and Copper Account Book.  The copper coin deliveries in these three ledgers match each other.  Copper coin deliveries entered in the TRCC were done differently than in the three previously mentioned ledgers.  When an entry was made in the TRCC, it was usually for all copper deliveries that occurred during the respective quarter.  For example: per Figure 4, copper delivery warrant 3 was dated October 14, 1796 and was for 1,390 Half Cents and 16,675 Cents.  Copper delivery warrant 4 was also dated October 14, 1796 and was for 346,700 Cents.  Although there were two entries in the Copper Account Book (as well as the Waste Book and Bullion Journal) because there were two separate delivery warrants issued, there was only one entry in the TRCC.  Per Figure 3, the totals for copper delivery warrants 3 and 4 were entered in the TRCC on December 31, 1796 as “received from Henry Voigt Chief Coiner of the Mint in the quarter ending this day”: 1,390 Half Cents and 363,375 Cents.

Entries in the TRCC provide handwriting examples of Treasurer of the Mint Tristram Dalton, Dr. Nicholas Way, and Dr. Benjamin Rush, as well as Treasurer Clerk Isaac Childs, Nathan Thomas, and George Ehrenzeller.  Combined with the Mint payroll records for the officers and clerks, it may be possible to identify who made the entries in the Waste Book, Bullion Journal, Copper Account Book, Gold Account Book, and by deduction, the Silver Account Book. 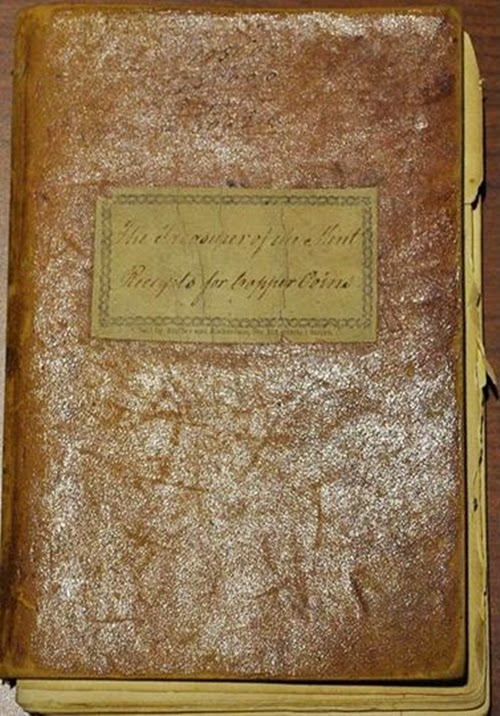 Figure 1 – The Treasurer of the Mint Receipts for Copper Coins 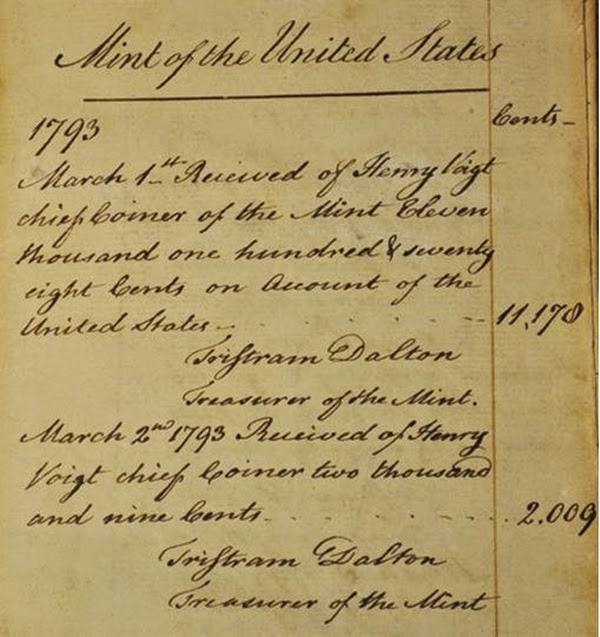 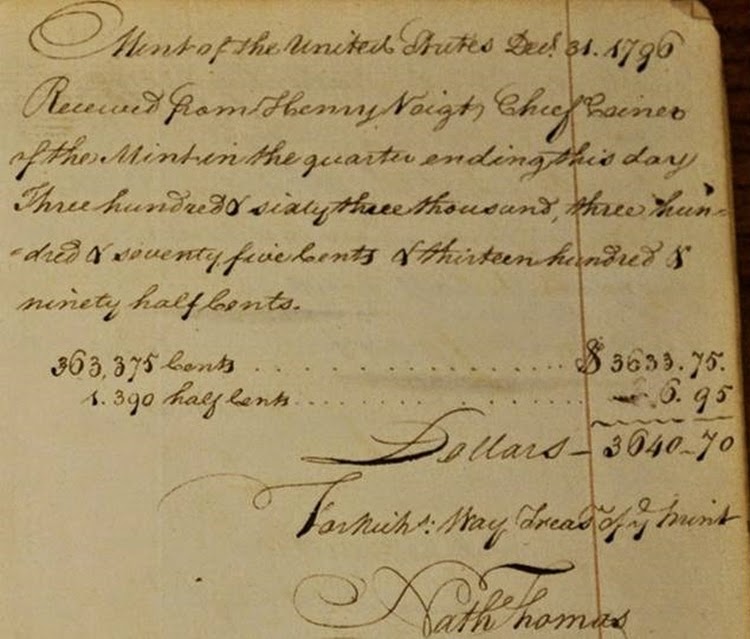 Figure 3 – 31-Dec-1796 TRCC Entry Made by Treasurer’s Clerk
Nathan Thomas on Behalf of Treasurer of the Mint Dr. Nicholas Way


Posted by Editor, JR Newsletter at 12:19 PM No comments: