There are a number of contributions to this week's newsletter.  The first from Kay Olson Freeman:

I have a question about a Seal cut by John Reich:  Has anyone seen the seal of the United States Military Philosophical Society engraved by John Reich?  Reich received payment of $65.00 from the Society on May 30. 1806 for cutting the seal.

The seal is 2-in. diameter.
Central standing figure of Athena/Minerva wearing plumed helmet.
Shield with Medusa head held in left hand.
Spear in right hand, pointing down to base of laurel or olive tree.
"Scientia in Bello Pax"  - motto at top. "1805" - at bottom.

The seal is a very nice example of Reich's work!

Editor's Note:  I've been working on a project for the past couple of weeks.  The JRCS Board of Directors decided that a biographical sketch for each member of the JRCS Hall of Fame would make a good addition to the Hall of Fame page on the JRCS website.  I volunteered to write the biographical sketch of Stew Witham.  My research on Witham took me to a few different sources and I am awaiting one or two more sources as I write this.  One of the sources was a book written by Witham himself.  Stewart Witham was the author of "JOHANN MATTHÄUS REICH, Also known as John Reich."  On the cover of the only Reich biography (that I know of) is a photo of the United States Military Philosophical Society Seal.  On the inside of the front cover, the Seal is described as "2 inches in diameter on paper" and provided courtesy of the New York Historical Society.  I scanned a copy of the seal from the cover of my book.  I think readers will appreciate seeing the image of the Seal along with Kay Olson Freeman's contribution to the newsletter – Richard Meaney. 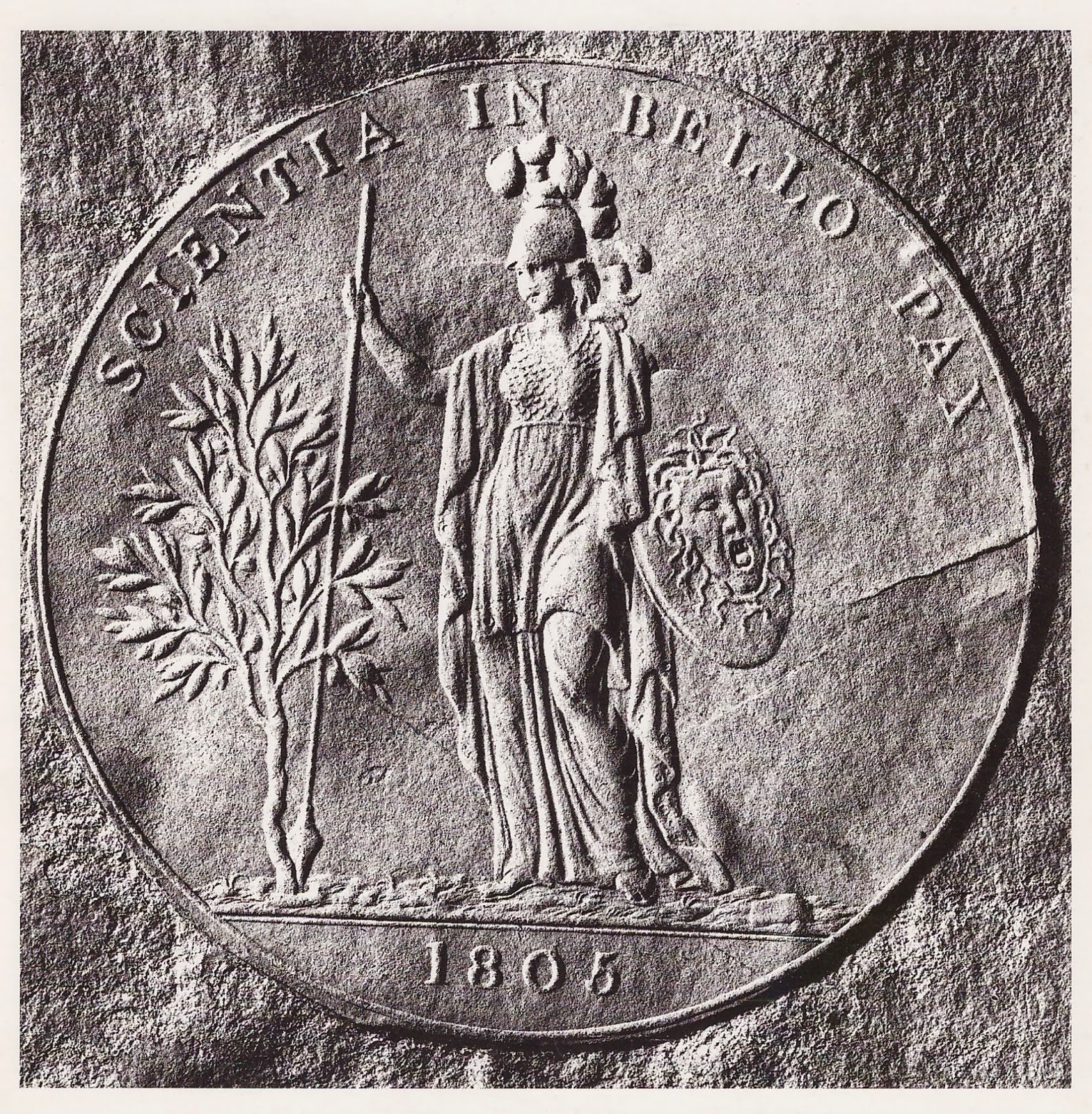 finenumismaticbooks.com is offering the entire series of the John Reich Journal complete as issued from 1986-2013 (70 issues) in their Mail Bid Sale #23.  They are described to be in Fine+ condition and would be a great reference for collectors of early silver.

I have often perused the journal index on the JRCS website and then tried to track down a back issue only to find that they are not available.  Even when available, I have seen single issues priced as high as $45 each.

Editor's Note:  I think David Sklow's catalog underestimates the value of this complete (or nearly complete) compilation of John Reich Journals.  The auctioneer's estimate of $400 for lot #556 will likely be exceeded by fifty percent or more, especially after the publicity it receives in this newsletter.  I think I recall a near-complete set selling a few years ago at a JRCS annual meeting for upwards of $800.  Also, for those of you looking for single issues to fill holes in a collection, recall that you can order them from the JRCS official source:  professional book dealer Bryce Brown of Avon, CT. To view the extensive inventory of back issues and pricing, go to Bryce's website and scroll down to JR Journals. The website is http://brycebooks.squarespace.com/storage/Lit-Periodicals-display-htm.htm
------

Paul Hybert wrote with an announcement about a coin show:

On Saturday and Sunday, September 20-21, 2014, the inaugural Battlefield Coin Show will take place in Gettysburg, PA.  This Show is intended to replace the Whitman Philadelphia Show that took place the last couple of years in September.

To-date, about 200 dealer tables have been sold and several dealers who specialize in Bust coins will be present.  Five educational seminars are planned for Saturday.

What I like about this Show in particular is that it is easy to get to, hotel rates are much more affordable, there is free parking, and there is much to see and do in historic Gettysburg.  A good place to take the family.

The official press release for the show is shown here:

Battlefield Coin Shows™, a division of Hobbies Unlimited LLC is proud to sponsor The National Battlefield Coin Show™ in Gettysburg, PA on September 20th and 21st, 2014.  This inaugural show will be hosted at the Eisenhower Hotel’s All Star Event Complex with room for 600 dealer tables.  Show hours are from 9:30 am until 5:30 pm on both days.
Free appraisal service will be offered by Battlefield Coin Shows™ and will be staffed by knowledgeable numismatists from several local and national coin clubs.  Several educational sessions will be taught by some of the leading experts in their fields.  The educational sessions will be on Saturday, September 20th.  The sessions are as follows:

We look forward to meeting each and every one of those who attend.

Editor's Note:  On a related topic, I participated in a "test run" of a video conference over the internet along with members of the Liberty Seated Collectors Club.  I agreed to participate to see if it was an effective means of "broadcasting" club meetings to members who were unable to be present at the meetings.  I enjoyed the format and think it holds promise for us.

Posted by Editor, JR Newsletter at 2:19 PM No comments: