We are fortunate to have two interesting contributions this week.  The first is from Dave Lange:

By now you'll almost certainly know of the newly discovered 1803 dollar variety. I had a chance to examine this coin a few weeks ago, but I didn't say anything about it until ICG had a chance to make its announcement as the discoverers. Below are my own observations that I posted today on the NGC message board:

This week's issue of Coin World includes the announcement of a new die marriage for the 1803 silver dollar. It pairs Reverse B, previously known for one variety of 1803 (BB-255) and a few others dated 1801-02 with a previously unknown obverse die. This new die marriage has been labeled BB-257 by Mark Borckardt, co-author of the Bowers-Borckardt silver dollar encyclopedia. By extension, the equivalent Bolender number would be B-7, as this is the seventh die marriage for 1803.

The discovery was made by Randy Campbell of ICG, and the coin was then shown to me by Skip Fazzari of that company for my examination. I concurred with the conclusion already reached by Mark Borckardt that the obverse die is new to the hobby.

An observation of my own is that the die state of the reverse is identical to that of BB-255, so these die marriages were clearly struck one right after the other. Since the BB-257 marriage is so rare as to have escaped detection until now, that leads me to conclude that this marriage was the last one used for 1803 dollars. Coins of that date were struck into early 1804, until a presidential order terminated their production, along with that of gold eagles. It's very likely that coining with the BB-257 marriage had only just begun when the halt order was received. How many were actually produced with this previously unknown obverse is anyone's guess, but the number had to be very small.

Here's a picture of a bit of a conundrum I'm working on. I have a 1796 dime that is a counterfeit. What I'd like to know is just when was this thing made? I'd love it to be a circulated example of a contemporary counterfeit, but I'm afraid it might be of later origin. The second possibility would be an early counterfeit to fool collectors. Given the somewhat primitive nature of the designs and lettering, this is a counterfeit that wouldn't fool many collectors. The third and worst outcome is that this is some kind of early generation of the Chinese counterfeits which are flooding our shores.

The best way to figure this out, is by finding out just what the alloy is that was used to create this coin. I don't have the machinery necessary but will endeavor to get this done soon and write a follow up report.

I'd like to hear other numismatists take on this early counterfeit and if anyone else has seen a similar 1796 dime out there.

These picture is by Bill Noyes. 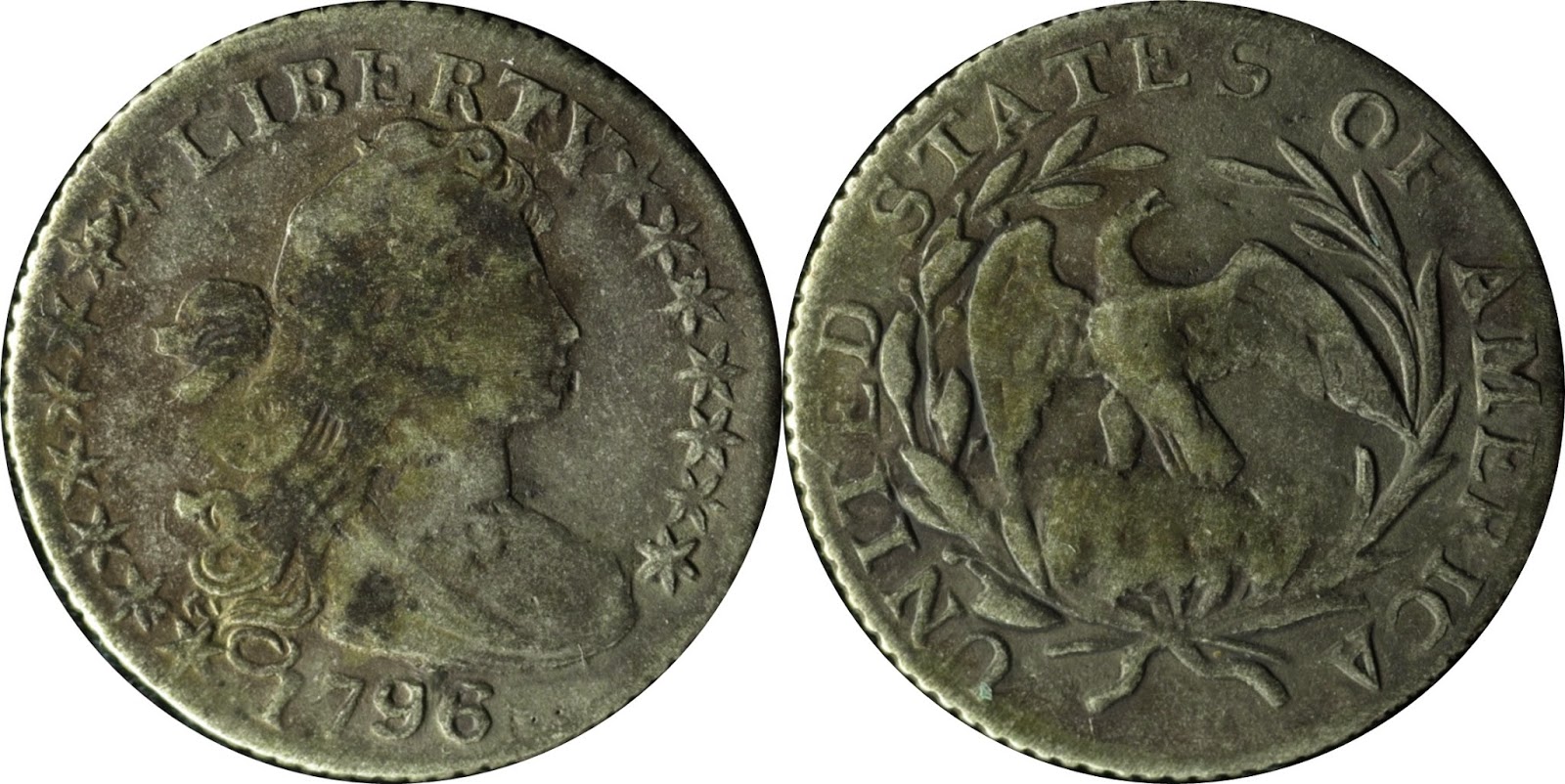