This week's JR Newsletter starts off with a personal invitation to a Pogue auction get-together!

Time to be determined.  I will be having a lot of JRCS related surprises at this wine and cheese reception!

I was interested to see Mr. Hamling's reference to bust quarters with E and L counterstamps.  I am not a bust quarter collector, but I do collect bust halves and recently bought an 1830 half dollar with an L counterstamp on the obverse.  I'd be interested to learn a little more about these stamps on both quarters and halves of the period.  I recall reading an article several years ago about a hoard of early coins with counterstamps of the hoard owner's initials done as a way to detect if someone had discovered and absconded with the hoard (i.e. you know your treasure's been stolen if you get a coin in change with your initials stamped on it).  I don't recall the details of the article, just the basic premise.  In any case, below is a photo of the 1830 that I recently bought with the L. 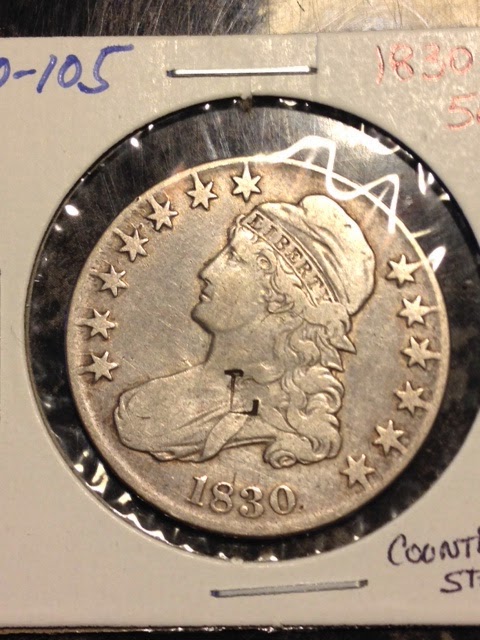 Next, David Perkins wrote with information on his table assignment at the upcoming Baltimore coin show and an announcement of his next sealed bid and fixed price sale for half dimes:

We have Table numbers 1054 & 1056 at the Whitman-Baltimore next week.  I am sharing two tables with Gerry Fortin.  We will be set up Thursday-Saturday (mid afternoon), March 26-28, 2015.  If you forget the table numbers, please note that Table 1054 is listed in the directory under “W.” for W. David Perkins, Numismatist (One of the pitfalls of going by your middle name!).  I will have a nice selection of Bust Dollars, FH & CB Half Dollars, early quarters, CB Half Dimes, along with a large number of Gobrecht & Seated Dollars.  Gerry will also have a large selection of Bust Coinage with him at the show.  Table 1056 is listed under Gerry Fortin Rare Coins.

I plan to hold another Early and Capped Bust Half Dime sale at the ANA Convention in August.  If you are not on my e-mail list for these half dime sales please let me know via e-mail or stop by the table at Baltimore.  As in the previous sales, I will have a combination of Fixed Price List offerings and Sealed Bid Sale lots.  The sealed bid sale lots tend to be the rarer die marriages and die states, plate coins from the LM Book, and half dimes with better pedigrees.  I have a few rarities already consigned….  There is still room for a few select consignments.

I believe I have most of the early dollar census data from early dollar collectors for the next issue of the John Reich Journal.  If you have changes or additions, you are welcome to drop them off at the table.

Please stop by and see us!  Thanks.

Lance, thanks for sharing the cast counterfeit bust dime you recently acquired. I was hoping you could provide me/us some more details on this piece if you can. Specifically I would like to know if the piece has a reeded or plain edge, and what is the weight? If you can also provide details on length and thickness measurements I would appreciate that information for my records as well.

Personally, when I saw that piece I was not totally convinced it was a cast counterfeit. It appeared like it was, but it also looked like it could have been post-mint damage which caused the surfaces to look the way they do.

David Finkelstein wrote with another original contribution.  This one is entitled, "The Copper, Silver & Gold Account Books and Coins Reserved For Assaying."  David's article, including a number of photographs, is below. 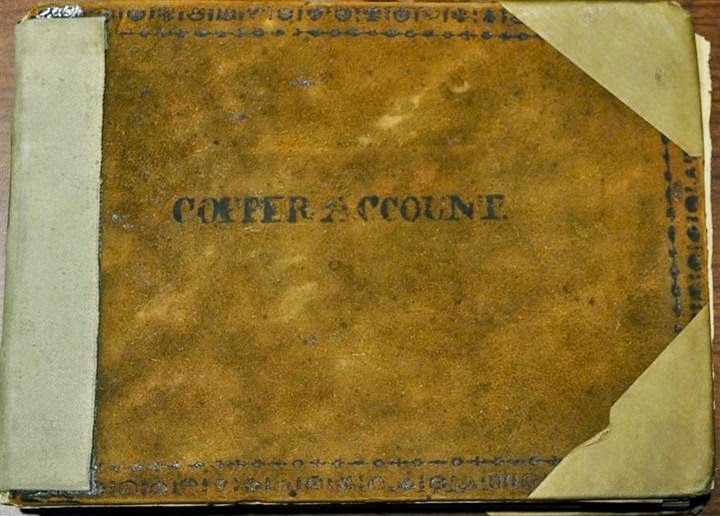 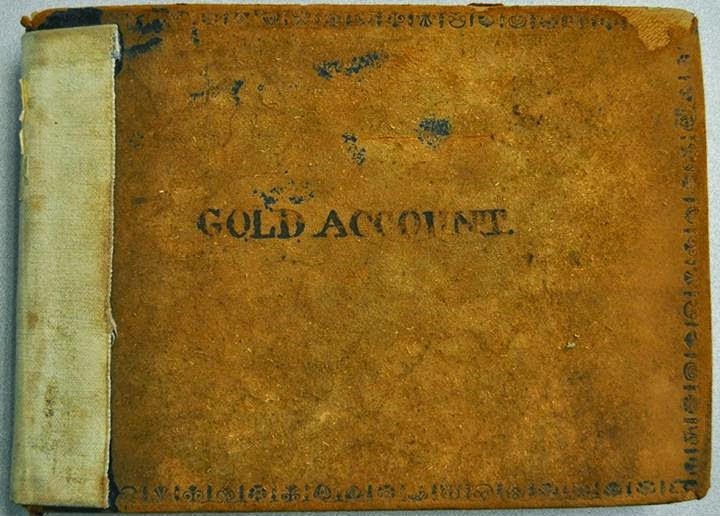 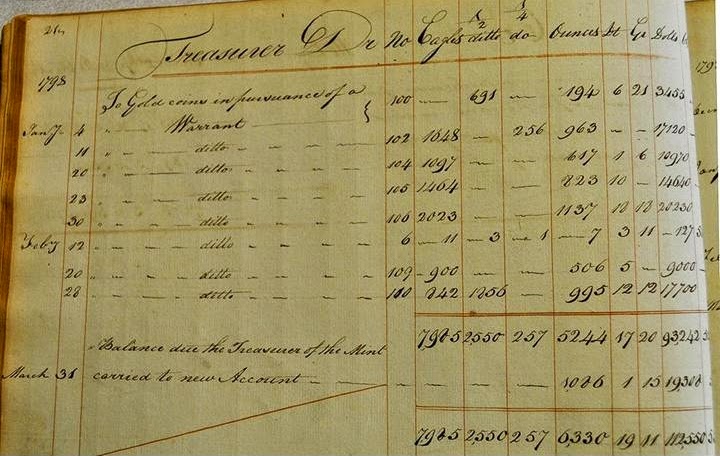 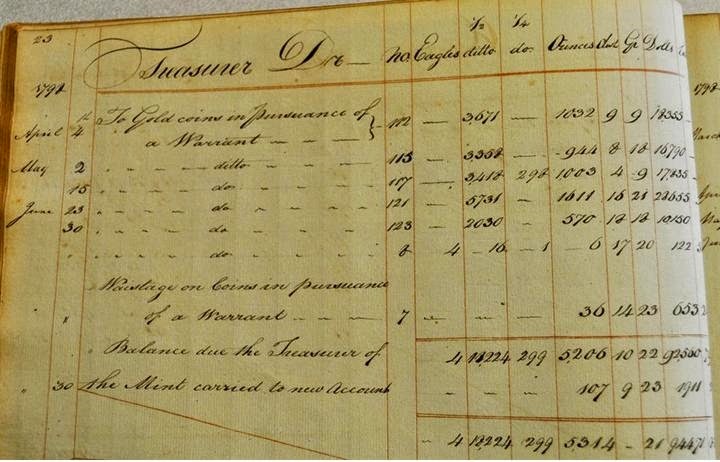 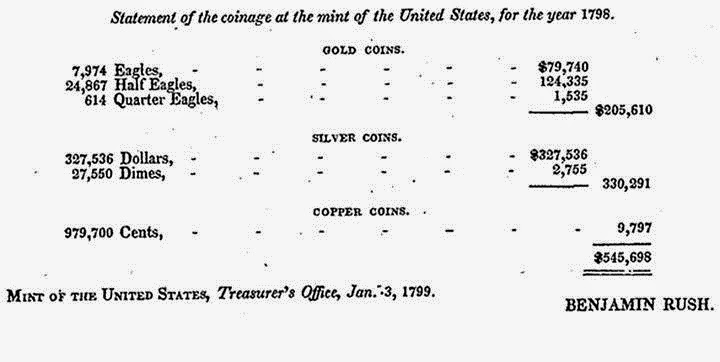 Figure 8 – Extract From Director of the Mint Report For Calendar Year 1798, Attested to by Treasurer of the Mint Dr. Benjamin Rush