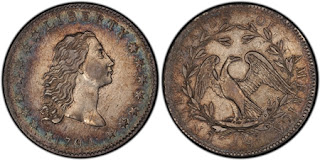 The below link is to an article that I coauthored with Joel J. Orosz and Leonard Augsburger (coauthors of “The Secret History of the First U. S. Mint” and “1792: Birth of a Nation’s Coinage”).  The article is titled “Who Deposited The Silver For The 1794 Dollars?”.  A modified version of this article appears in the September 2017 edition of The Numismatist titled, “The Director’s Deposits.”