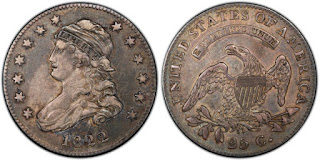 The latest issue of the John Reich Journal is on the way.  The printer did a great job presenting the articles from the membership.  I think you will be pleased with the results.

If anyone does not receive their issue by the 25th, please let me know and we will forward a replacement to you.

Some of you have still not remitted your dues for 2021.  If you have not paid your mailing label will say "DUES" after your name and there will be a yellow reminder inside the envelope.  This will be your final chance to renew your membership and receive all the issues planned for 2021.

Stay safe and health.  Have some fun with your hobby.

Steve Herrman created and released a set of searchable reference tables listing the 760 articles written over the last 35 years. The three files, sorted by Author, Subject, and Whole Number & Page, are in searchable PDF format …you can go to the JRCS web page to access this information.  If you would like a copy of the reference tables in Microsoft Excel format, contact the website administrator.

The link to the searchable tables is here:  http://www.jrcs.org/jrcs_journals.php

Regarding David Finkelstein’s 4-4-21 post about two supposed early Mint screw presses, there was an excellent article by Craig Sholley in the January 2018 Penny-Wise “The Myth of the U.S. Mint’s First Screw Press” which is now available for reading on the NNP. The Table of Contents in Penny-Wise list the title of the Sholley article as I wrote, but the title at the head of the article was - The Myth of the U.S. Mint's So-Called "First Screw Press"

Craig gives dimensional evidence that proves this screw press was designed and used as a planchet cutting screw press.

In the same issue of Penny-Wise, I wrote an article that describes the history and usage of the Federal revenue stamps and screw presses supplied by the Mint to the Treasury Department, “Defending Liberty: Robert Scot and Adam Eckfeldt Create Wartime Revenue Stamps at the Mint.” These revenue stamps were strategically crucial in raising funds as part of the financing for the Quasi-War, First Barbary War, and the War of 1812.

This is an image of a revenue stamped estate inventory from my collection, which was stamped with a die engraved in 1798 by Robert Scot, and pressed with a stamp screw press supplied by Adam Eckfeldt:

The majority of my more recent research efforts and articles could not have been completed without the collaboration and support of others.  Robert Julian has assisted me greatly in the interpretation of some of the Mint documents stored at the National Archives and Records Administration.  Even though they were hand written in English, they were hand written in 18th century English.  It some cases, 18th century style letters, numbers and symbols required Robert’s translation expertise to make sense out of critical portions of documents.   In 2017, my research on the 1794 Dollars would have been incomplete had I not collaborated with Len Augsburger and Joel Orosz.  All of our research was combined so we could publish “Who Deposited the Silver for the 1794 Dollars?” in the December 2017 JRJ.  Likewise, the July 2019 JRJ article titled “Compositional Analysis for 1794 & 1795 Dated United States Silver Coins” would never have been published had Christopher Pilliod and I not collaborated on the project’s phase 1 effort from 2015 through July 2019.  Chris had the chemical, metallurgical and scientific technology expertise, whereas I was knowledgeable about the various Mint Acts, and the first Mint’s personnel, workflow, implementation standards, business practices, accounts receivables and payables., and contemporary documents

In last week’s JRN I published a draft article on the Mint’s so-called first coining press that is currently on display at both the Philadelphia and Denver Mints.  I knew that some parts of the article were correct, I knew that some parts were probably incorrect, and I definitely knew that I was missing some critical information.  That is why I published what I had, and asked for assistance.  The assistance I received was significantly more than expected.  I corresponded via email with Len Augsburger, Bill Eckberg, Michael Rocco, Craig Sholley and Pete Smith, and I had phone conversations with John Dannreuther and Tim Grant.  Tim Grant is Public Affairs Manager for the United States Mint at Philadelphia.

As a result of the tremendous support received from the aforementioned people, there is new information regarding the Mint’s so-called first coining press.  Rather than publishing a revised article, here is the new information I obtained:

1, The Mint believed that they had the original coining press that was first used in 1792.  This belief was passed down from Mint officer to Mint officer, and/or from Mint Public Affairs Manager to Mint Public Affair Manager over the centuries.  This screw press is on display at the Philadelphia Mint.  Here is a link to a slide show tour of the Philadelphia Mint.  The so called original press is on slide 4.  It is the same press that is pictured on page 62 in 1792: Birth of a Nation’s Coinage:

Here is a link to a YouTube Philadelphia Mint Virtual Tour video [I could not get the volume to work].  The so called original press is at the 0:50 mark of the video.

2. In last week’s JRN article, I pictured a screw press from alamy.com.  This was the screw press at the Mint exhibit at the 1904 Louisiana Exposition.  It is now confirmed that this screw press was a replica made in Philadelphia prior to the 1904 Louisiana.  It was transported from the Philadelphia Mint to the Louisiana Exposition, then transported to the Denver Mint after the Exposition ended.  It is currently on display at the Denver Mint as a replica of the first 1792 coining press.

3. Tim Grant (Public Affairs Manager for the United States Mint at Philadelphia) stated that another replica was made of the so called original coining press.  It is in the auditorium at the Philadelphia Mint.  This replica is accessible to people taking the Philadelphia Mint tour.  [Note: Due to the pandemic, the Mint has stopped providing tours.]

4. The overall consensus of numismatic researchers is that the so called original “coining” press at the Philadelphia Mint may be a “cutting” press.  Due to the small size of the screw press, it may have been used to cut/stamp blank planchets out of roll strip. Further evidence that this press may be a cutting press came to light during my phone conversation with Tim Grant.

5. According to Tim Grant… In 1992, to celebrate the Mint’s bicentennial, the Mint planned on striking a medal in copper using the so called original coining press.  Dies were prepared, and copper blanks were made.  The so called original coining press was unable to generate the force required to impart the design from the dies onto the copper blanks.  The screw press was, however, able to generate enough force to impart the design on lead blanks.

6. When tours are resumed at the Philadelphia Mint, Tim Grant will provide special access for a detailed inspection of the so called original coining press. Maybe something can be scheduled prior to a Baltimore coin show once life as we knew it returns somewhat normal?

To be continued sometime in the future …

Posted by Editor, JR Newsletter at 5:11 PM No comments: