We have three contributions this week.

Responding to the recent inquiries regarding the existence of a Bust Dime VIM
by Jules Reiver, I can affirm that at one time Jules did consider doing an early
dime VIM and he asked me about possibly joining with him on such a project.

However, following the 1984 release of the JR dime reference, we felt that doing
an early dime VIM was not a priority relative to other denominations which were
lacking availability of up-to-date reference material.

Therefore, although we had dime variety notes, no early dime VIM was published.

Here's what I did on a rainy Friday afternoon in Virginia. Attending the Weyer's Cave Show not too far from home, a dealer friend of mine who purchases low grade examples of coins to supply museums with real coins for novices to buy had a large selection of early silver coins held aside for me. These real but worn coins are sold to museums instead of those dreaded "copy" coins that appear in deal after deal that do nothing but confuse the gullible. I went through this group quickly, all low grade (the best was maybe VG with damage), most were Fair-2 or AG-3, several were virtually worn smooth on the reverse. The group included about 100 Capped Bust half dimes, and probably 400-500 Capped Bust dimes. The better grade coins were sold to other sources long before this heap was assembled. I flipped and studied as quickly as possible, looking for easy to find varieties. Nothing of great interest appeared that I recognized. I did buy 5 1820 dimes, a couple of 1821 dimes, one 1824/2, a trio of 1825s and two 1827s. A few others that interested me, including one 1834 with the trio of reverse cuds and an 1830 with a countermark with the date 1856. I did not see any 1829 Curl Base 2 coins, or any 1822s hanging around in the mound of history.

Its not often one gets to wade through what is undoubtedly a more or less virgin hoard of coins. These come from non-numismatic sources and likely represent coins that were in circulation in the 1850s and later given their extremely worn condition. I apologize for the attached lousy iPhone photo, but like the coins, it gets the general idea across. Treasure hunting is alive and well in Shenandoah Valley today. 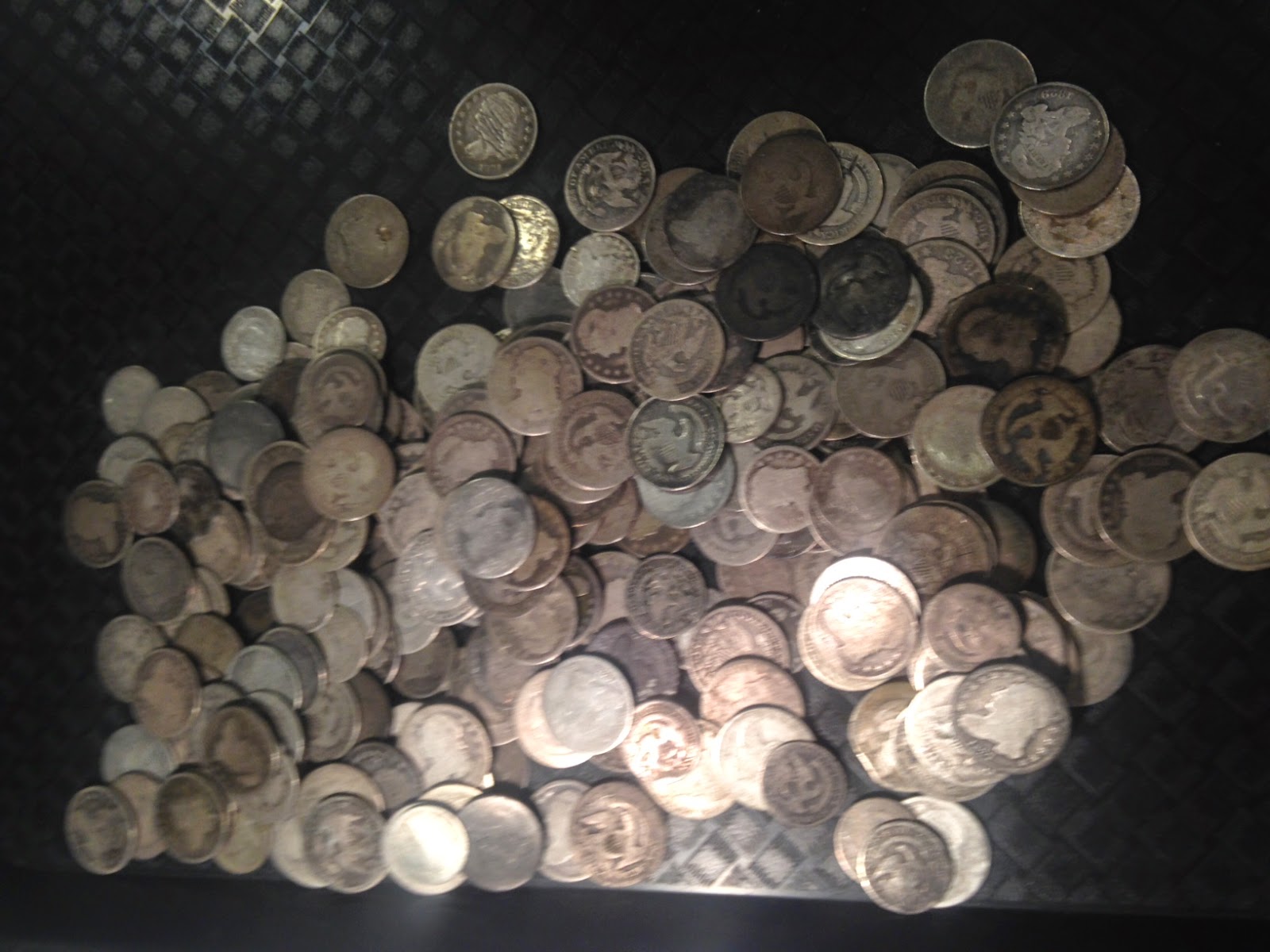 The Lot List for Mail Bid Sale No. 40 that I sent last week had a few omissions and errors, notably a failure to list the coins with CAC stickers.  A revised version is attached.  Your readers should note that all coins are graded by PCGS unless otherwise noted.  The sale closes during the FUN show, Thursday evening Jan. 8 at 6:30 PM EST.  Lance Keigwin's photos of the coins are now available are my web site, www.sheridanscoins.com.  I continue to encourage collectors to preview lots by overnight mail.  I'm working on the catalog now and hope to have it in the mail before Christmas.  It will also be posted on my web site.
Sheridan

Posted by Editor, JR Newsletter at 12:20 PM No comments: