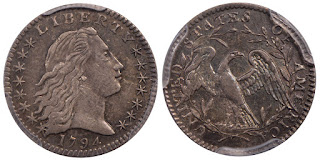 We have two contributions this week.  First, from Bruce Emery:

I attended the World’s Fair of Money - Denver - August of 2017.
Since that time, I have been receiving the e-mail edition of your
Society Newsletter and have been very impressed with the content.

During the week of the WFOM, I attended your John Reich Collectors
Society meeting and handed-out several PDF Copies of my
“BCE - Coin Numbering System” Booklet.

My coin Database currently includes more than 58,900 total “Records”.
Among these Records, I have a listing of 156  “JR” numbers that are
cross-referenced to their “PCGS Coin Numbers”.

I would appreciate receiving your thoughts and comments concerning
the “BCE - Coin Numbering System” Booklet.

For more information, contact me at my email address bce.coins(at)gmail.com

W. David Perkins Numismatics, Jim Matthews Rare Coins, and Gerry Fortin Rare Coins will have three tables at Baltimore next week, all three together under Table 818.  With fourteen cases we should have one of the largest offerings of early U.S. silver coins on the bourse. 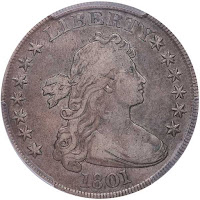 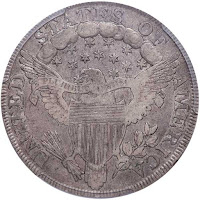 Please stop to view our large inventory and to say hello.

Editor's Comments:  When someone writes about an 1830 LM-1.1 half dime, I can't help but adding some additional thoughts.  Specialists who study capped bust half dimes may recall that I wrote an article for the John Reich Journal (Is it Time for a New Remarriage Chart for Capped Bust Half Dime Reverse G?) that was published in the August, 2012 JRJ, volume 22, issue 2.  In the article, I summarized studies of 1829 and 1830 half dimes featuring reverse G to shed light on proper attribution of 1830 LM-1 half dimes and differentiation between 1830 LM-1.1 and 1830 LM-1.2 half dimes, saying we have not been getting it right (basically).  The 1830 LM-1.1 is FAR MORE RARE than authors Logan and McCloskey wrote in "Federal Half Dimes 1792-1837."  Properly attributed 1830 LM-1.1 half dimes number in the mid single digits, making the remarriage a strong R-7.  In fact, the last properly attributed 1830 LM-1.1 to sell at auction was a PCGS XF40 (a beautiful one to boot) that sold for almost $5,900 at last year's ANA auction held by David Perkins.

I was fortunate enough to view and study the NGC MS65 Proof Like CAC 1830 LM-1.1 that Perkins has in inventory as part of my research for the JR Journal article.  It is the real deal. It does not have the cracks or clash marks that one sees only on 1830 LM-1.2 half dimes.  It is one of the very few half dimes that can be attributed with certainty as an 1830 LM-1.1.  It almost goes without saying that the Perkins' example is the finest known 1830 LM-1.1.  Even if you don't collect half dimes, I encourage you to view the coin in hand if you have the chance, it really is attractive!  Here is an image of the coin: 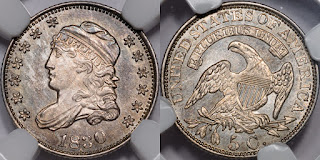 Posted by Editor, JR Newsletter at 1:47 PM No comments: